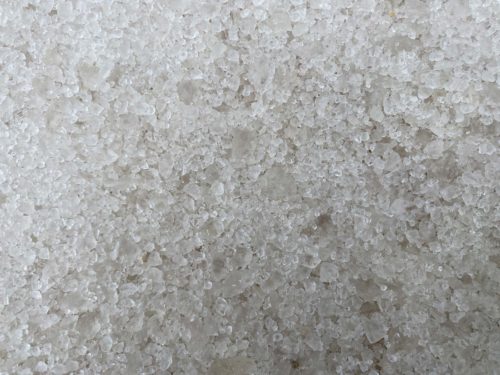 Why use Ag Salt?

The primary objective of applying Ag Salt is to increase sodium levels in the plant and therefore the animal’s diet. Rainfall usually provides adequate sodium to maintain optimum levels in the soil, however Ag Salt can be used when a deficient is present especially in dairy farming systems.

In some crops that have high sodium uptake (e.g. Fodder Beet) an increase in yield has been shown, however in crops that lower sodium uptake minimal response is shown unless they are low in potassium. This is due to sodium sometimes being a substitute for potassium in some vital plant processes.

Daily sodium losses by the dairy cow are quite significant with approximately 35g of salt being lost in the milk each day. The sodium requirement of dairy cows is influenced by – sodium levels of the pasture and feed, the ingested potassium from the feed source, climate/environment, and the stage of the production cycle.

Blending in Ag Salt to your dairy pasture blend is an efficient and easy way to meet sodium requirements of dairy cattle. Applications of Ag Salt at a rate of 100kg/ha/yr will adequately lift sodium levels, preventing deficiency and increase animal production. Sodium uptake is efficient in pastures of species such as ryegrass/clover pastures however is more inefficient in lucerne and browntop.

Sodium is not directly attributable to production gains in most dry stock situations. However, for soils low in sodium applying salt can improve pasture palatability and encourage more thorough and even grazing. Therefore increasing pasture utilisation and consumption, with the overall benefit of an increase in animal production.

It is important to take note of other sodium supplementation before considering an application of AgSalt. Sodium can be provided to the animal via salt licks, and drenches, therefore care needs to be taken with AgSalt additions to avoid toxicity. Excess salt can also impact the availability of cations such as magnesium and calcium.